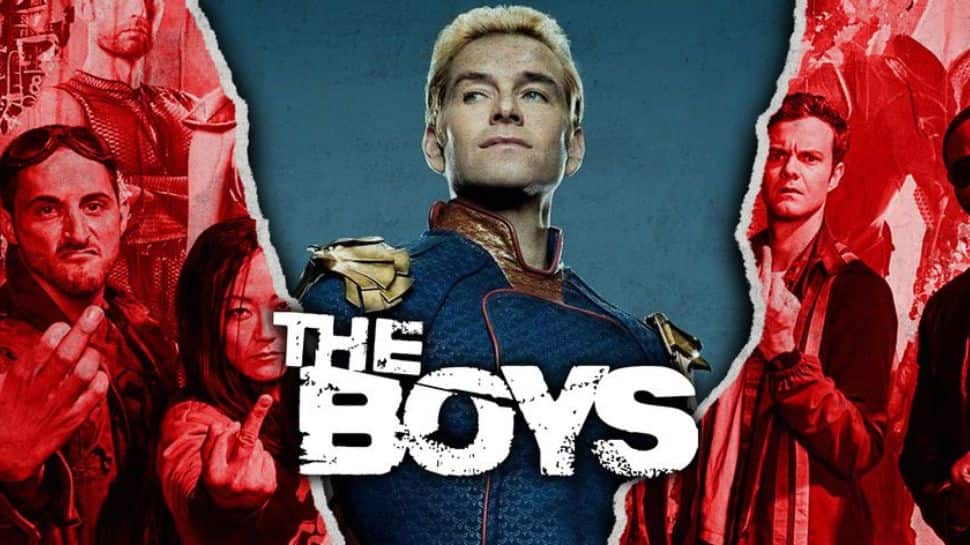 The third season of The Boys was well worth the wait as fans were left on the edge of their seats watching Billy Butcher, Homelander and the rest of the gang in the first three episodes. While we think we know everything about the show when we read articles and interviews, there are a lot of little things that we are unaware of. Be it its roots in the comic book, or the American president waxing lyrical, here are five fun facts about The Boys, which is currently streaming its third season on Prime Video.

Is there anything Hughie Campbell isn’t afraid of about blood and all things. Just imagine, in his very first scene in the show, his girlfriend got torn to pieces. One would think that there is nothing that can strike fear in his heart. We were very wrong. It’s not the blood or the guts to spill everywhere that horrified Jack Quaid. It was a speedboat. Yes, you heard that right. Remember the whale scene in Season 2? It was the first time Jack Quaid ever stepped inside a speedboat. And boy was it a fast ride he’ll never forget. The actor later revealed that the safe word for him was “Karl” (Karl Urban who was piloting the boat), but unfortunately he could not hear a word as the scene was being filmed from above by a helicopter.

Boys characters have their own way of sending a message. Some are downright loud, while others choose to let their guns or superpowers do the talking. And then we have a fan favorite Kimiko, who has won our hearts by not saying a word and given us a character who has made such a big difference that we can’t stop rooting for her. The violent and mute Kimiko, played by Karen Fukuhara, saw the actress work with a sign language specialist to develop her own form of communication. Watching him say a lot, without saying anything is one of the few adorable things on this otherwise bloody show that is always high on bloodshed.

There’s a cooling system attached to the Homelander’s suit

Thinking of superheroes and their costumes, the question on everyone’s mind is how they manage to shoot in them. The Homelander looks as cool as ever in an American flag cape and a golden shoulder cap. Turns out there’s a system that’s keeping him cool. Actor Anthony Starr recently revealed in an interview that the installed cooling system makes the outfit more bearable than usual. Pragmatic to the original, he also stated that it is also employed by other superheroes for their suits.

The show has the President’s seal of approval

The world is a fan of The Boys, the same goes for former US President Barack Obama. Speaking about the show and mentioning that it’s one of the things he watches when ‘he needs a break’, Obama said he loves The Boys because ‘how they race’ To lay bare the issues of , capitalism and superheroes turn conventions on their head. The distorted influence of corporate power and mass media.’

The show has been toned down for TV

If you think the show is awful and something that’s too much to handle, wait until you get your hands on the comic. It is definitely not for the faint hearted. The show’s story writer Garth Ennis is known for not holding back in his story lines, as evidenced by his previous work. The content of the comic series was considered too obscene for television, even by the showrunners themselves. While we can only imagine what is printed on those pages, we are definitely enjoying The Boys on Prime Video.

so what are you waiting for? Watch the first 3 episodes of Season 3 which is currently streaming in English, Hindi, Tamil and Telugu only on Prime Video. Importance of Chouda and Kalire for Punjabi Bride)

In this year 2003, Alvida Kaho, Jethalal, Phir chimkeen ke Yash (because of this Jethalal wanted to say goodbye to acting, know how his luck shines)