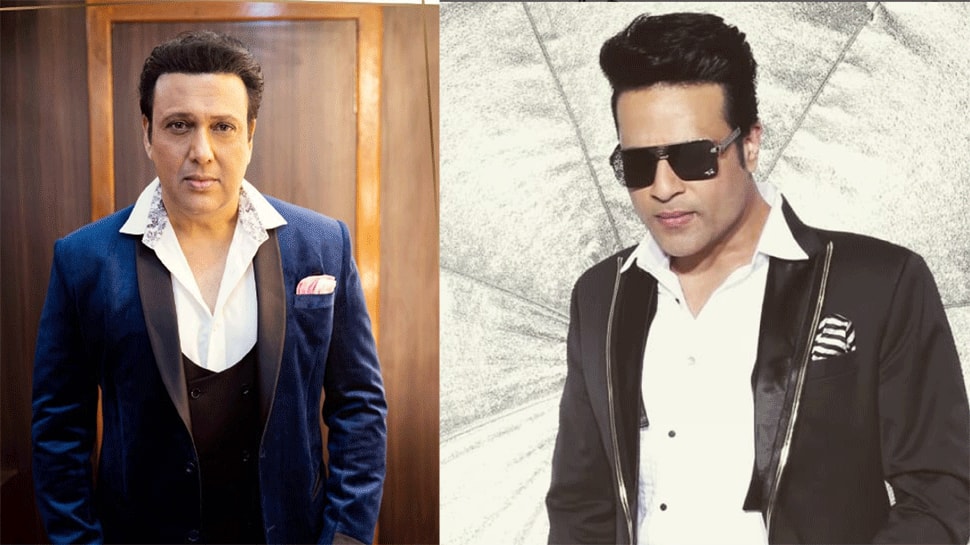 New Delhi: Veteran actor Govinda and his wife Sunita Ahuja’s strained relationship with actor-comedian Krushna Abhishek has been out of public over the years. It all first started in 2016 when several reports said that their relationship got strained. Later, in 2018, Sunita was angered by Krishna’s wife Kashmera Shah’s tweet of ‘people dancing for money’. Sunita felt that the post was a sarcasm on Govinda. After this incident, Krishna and Govinda have often spoken about their strained relationship on various platforms.

Apart from this, Sunita and Kashmira Shah have also taken digs at each other in many interviews and media interactions.

Recently, Govinda appeared on Maniesh Paul’s podcast, where he once again opened up about his relationship with his nephew Krishna. According to the Indian Express, Govinda said, “He has accepted and accepted that something wrong is happening in his life because of me.”

When Manish told him that Krishna was actually apologetic when he talked about Govinda, he replied, “So let Pyaar be seen off-camera too. He is a well-read boy, who shows up. But he should It needs to be known that it is being used by writers, and there is a limit to its use.”

Govinda said he was surprised to see Krishna apologizing in public forums but not contacting him personally. The ‘Hero No 1’ actor addressed Krishna directly and said that he is ‘a good boy’. “Keep working hard, no problem, relax, God bless you,” he said.

Govinda further said that “Krishna kept mentioning in interviews that he never visited his newborns in the hospital, in fact, he went four times, but was told that he could not meet the children. He assumed it was Just a precautionary measure.”

Govinda’s reply comes almost a month after Krishna appeared on Manish’s podcast. During the conversation, Krishna was asked about the feud between him and his uncle Govinda, as well as the reason behind it. He replied, “Whenever I say something to the media, it gets clipped and shown on their social media. Chi Chi Mama I miss you and I love you so much. Please don’t mind that.” What do you read in the newspaper or what do you read. Listen in social media. What I miss the most is that I want my kids to play with my mother. I know she misses me too. I know it Is.”

Significantly, Krishna, who is a cast member of ‘The Kapil Sharma Show’, often cracks jokes about his rift with Govinda on the show.

Earlier this year, in an episode of ‘The Kapil Sharma Show’ featuring Raveena Tandon and Farah Khan, Krishna expressed his desire to settle the issue between him and Govinda. It was then that he praised Raveena and Govinda starrer film ‘Bade Miyan Chote Miyan’ by giving it a different name. The actor said that he loved his film ‘Bade Miyan Bade Miyan’ to which Raveena reacted with the correct name. In response to this, Krishna said that for him ‘Chhote Miyan’ is the big Miyan. He further said, “Whatever I have learned, I have learned from them. That is a different matter, he does not consider me a small mian. Well, it is okay, no matter the family, it keeps on going. Will talk, will solve, no problem. No.” Hina Khan flaunts her sexy back in a purple backless dress, sets the internet on fire, says Akash with celestial magnetic radiation.

Shilpa Shetty kicked off the festivities in a bright orange gown. fashion trends

Amidst rumors of divorce from Sohail Khan, Seema Khan dropped her surname on Instagram. people news